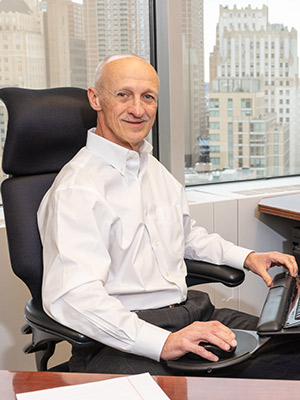 Jim Price, Senior Advisor of Aegis Property Group, has been with Aegis since 1992. He became a partner in 2005 and served as president of the firm from 2018 -2020. Early in his partnership at Aegis he became co-founder of Eventus Strategic Partners, Aegis Property Group’s joint venture with Lifescapes, in 2006. Eventus focuses on the senior living sector.

He is leading the planning and construction of  major projects for senior living clients including The Hill at Whitemarsh in PA and River’s Edge by Hebrew Home, which will be the first CCRC in New York City. Other current/past clients include Gurwin, Friends House, The Evergreens, RiverMead, Whitney Center, Simpson House, Kendal, Lutheran Village at Miller’s Grant, Medford Leas, The Diocese of Trenton, St. Lawrence Rehabilitation Center, and SERV Behavioral Health Systems.

Jim’s primary focus within Aegis was the project management at Amtrak’s 30th Street Station in Philadelphia: a series of high profile Amtrak projects highlighted by the planning and development of its $50 million garage, the 727,000 s.f. Cira Centre developed by Brandywine Realty Trust and the related Pedestrian Bridge, Road, and Infrastructure Improvements. In a previous position he also oversaw the historic renovation of 30th Street Station.

Jim has a Bachelor of Science in Civil and Urban Engineering from the University of Pennsylvania and a Bachelor of Arts in Physics from Franklin and Marshall College. He got his MBA at Saint Joseph’s University. He’s a member of PENJERDEL and Urban Land Institute.