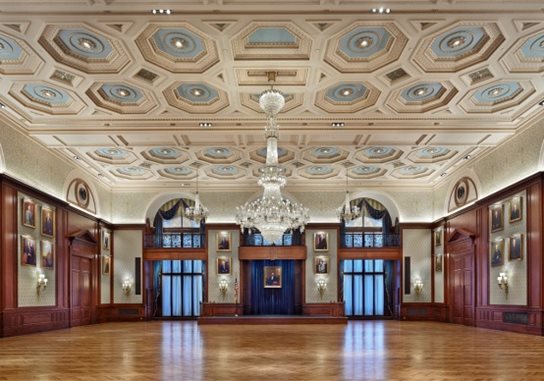 Renovation and upgrade of the League’s Main Kitchen, addition of Cellar , and renovation of the main historical ballroom, Lincoln Hall.

Lincoln Hall’s most famous feature is its 19th century chandelier, originally a gasolier, and that remains after the renovations. In 1915, Horace Trumbauer designed renovations to the League House, including the Lincoln Ballroom, but the elaborately decorated coffered plaster ceiling in his original scheme was not built. As part of the renovations, the League recreated the ceiling to match his initial design.

In 2014, the Lincoln Ballroom project won a Preservation Achievement Award from Preservation Alliance, a Pennsylvania Historic Preservation Awards Construction Project Award, and both the Merit and Honor awards from AIA Philadelphia. 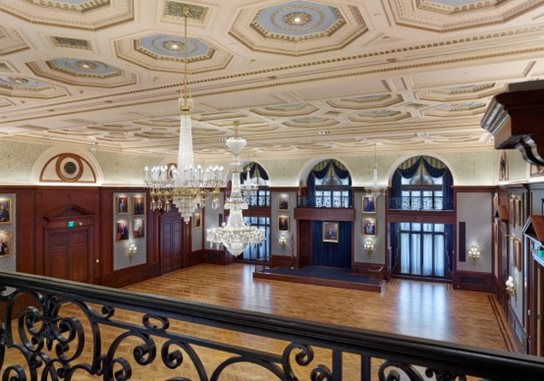 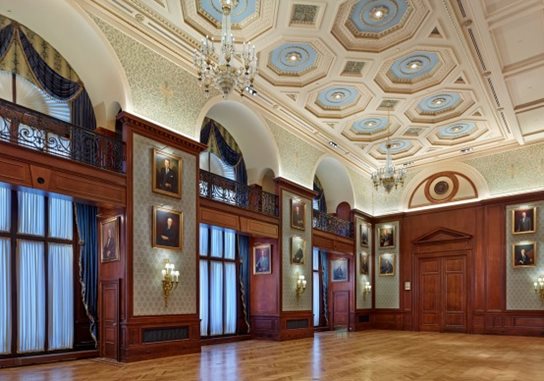 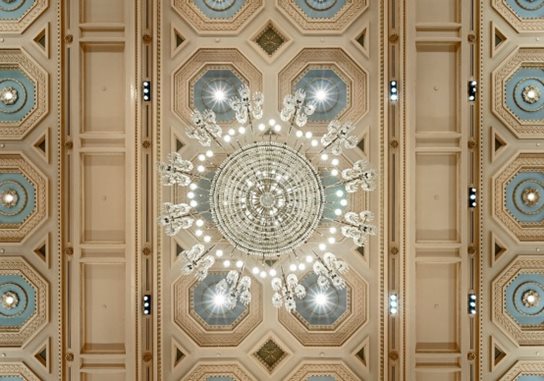 Back to projects Back to hospitality