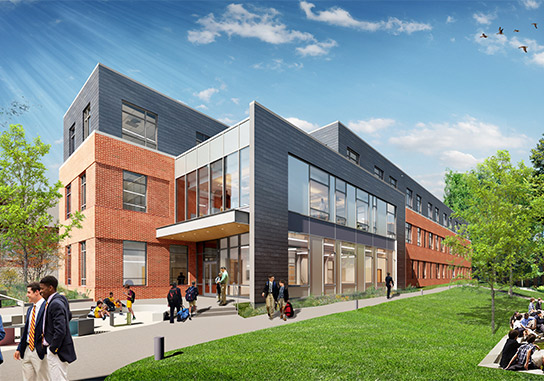 The Haverford School completed the development of a campus master plan in 2011, created to help support the strategic vision for the School as it moves into the next phase of its legacy.

The first step in the plan involves the creation of a new middle school facility in the center of its campus. Aegis was been retained to lead the project through the planning, design, and construction phases, managing the entire project team’s efforts on the School’s behalf.

As the first phase of its 2011 campus master plan, Haverford’s New Middle School stands in the same location as the prior one, Crosman Hall. The three-story structure includes a two-story atrium, a maker space, a learning commons, three collaboration rooms, three state-of-the-art science classrooms, three outdoor learning spaces, and 15 flexible non-science classroom spaces that maximize natural daylight. The lobby serves as an assembly area for informal gatherings for its students.

The Middle School opened for the 2020 school year.

The project is on track to achieve LEED Silver certification. 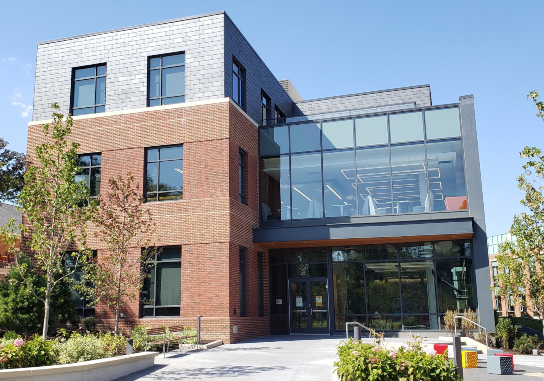 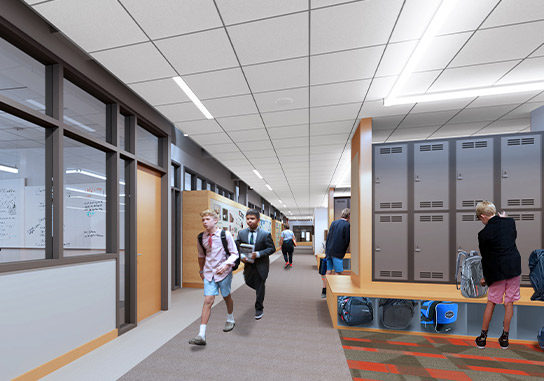 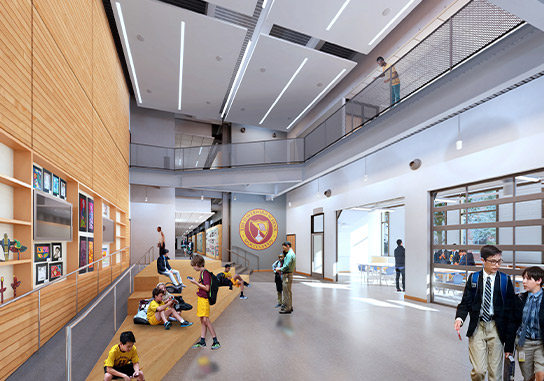