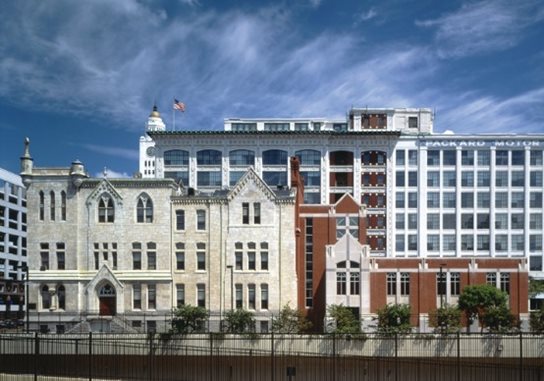 The oldest Catholic high school in America is located in downtown Philadelphia on the Avenue of the Arts. Over a 18 year ongoing relationship Aegis has assisted Roman Catholic with the development of its Campus Master Plan addressing facility improvements, renovations, and expansions.

Completed projects include:
• 13,000 square foot, two floor addition and renovation of the original historically certified school building including cafeteria/auditorium, classrooms and a media center completed in 1998.
• Comprehensive renovations of a 24,000 s.f. former City Building on an adjacent property into an athletic facility, classrooms and alumni office completed in 2007.
• Master planning for a proposed $25 million expansion to include new competition gymnasium, eight classrooms and related renovations to existing building spaces.

Currently, Aegis is working with Roman on the Wood Street Visual and Performing Arts Center, which is Phase 1 of its A Vision of Promise campaign. Strada is involved with this project as well.