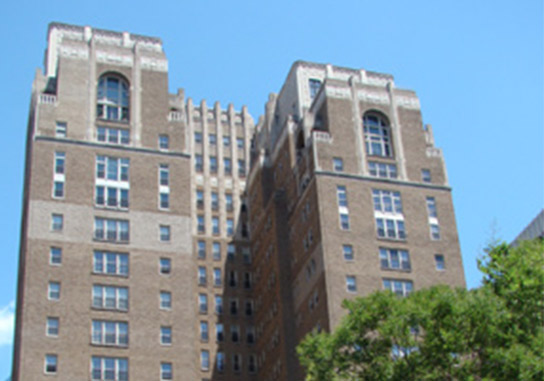 Rittenhouse Plaza, Inc. is a residential cooperative located on the northwest corner of 19th and Walnut Street opposite Rittenhouse Square in Philadelphia. The 22-story building was built in 1925-26 and was designed by the architectural firm of McLanahan & Bencker. The rectangular site is approximately 19,500 square feet.

The cooperative board and shareholders commissioned several surveys and assessments of the entire building envelope and infrastructure, which identified a number of critical issues which needed to be addressed in order to keep the building safe, code compliant, and functional. The $20 million project is following a strategic plan including a master budget and schedule developed by Aegis Property Group in spring 2008 which will enable the necessary renovations to take place over a number of years.

Back to projects Back to residential