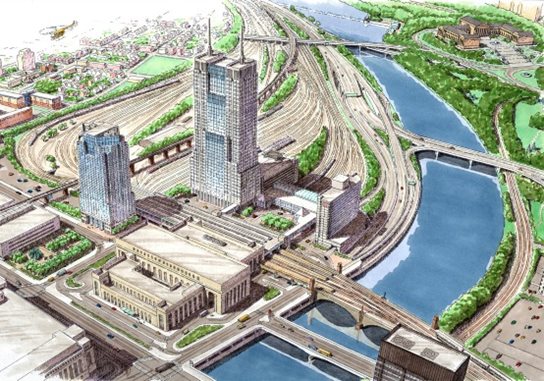 Following the 1991 renovation of the Amtrak-owned 30th Street Station in Philadelphia and the significant improvements to the surrounding infrastructure completed in the late 1990s, Amtrak’s Real Estate Development Department launched a renewed effort to develop its 50 acre tract of land north of the station (the Air Rights Development). Since the 1970s this land had been considered as one of the largest land-development opportunities in Philadelphia.

Aegis Property Group has done extensive Master Planning work for Amtrak over the years.
Aegis Property Group managed Amtrak’s interest in the development of the following projects that allowed Amtrak to obtain value from its land and to create assets that improve the safety and satisfaction of its passengers at this essential Station in Amtrak’s Northeast corridor.

-Parking Garage and related improvements. This facility was financed by $50 in million tax-exempt bonds issued by PEDFA.
-Cira Centre, a 727,000 s.f., Class A office tower owned and developed by Brandywine Realty Trust.
-Pedestrian Bridge and Arch Street Improvements linking the station to the above developments. These projects were 80 percent funded by the Federal Highway Administration’s TEA-21 program.

Aegis managed the Master Planning process to accomodate both a garage and an office tower, managed the selection process, and negotiated Air Rights leases for both the garage and office developer. The garage was developed by BPG Property Group. Brandywine Realty Services was selected as the developer for the other site which was structured as a long-term air rights lease with an equity participation that culminated in the development of Cira Centre.

As a direct result of Aegis Property Group’s Master Planning work for Cira and the garage, Amtrak was able to secure preliminary funding for the development of a Pedestrian Bridge and Arch Street Improvements linking the Station to the Air Rights Development projects.

Over time, this effort led to the design and approval of a Pedestrian Bridge above Arch Street, connecting the Station to the adjacent office tower and for numerous improvements to Arch Street, including sidewalks, planters, landscaping and traffic control signalization. 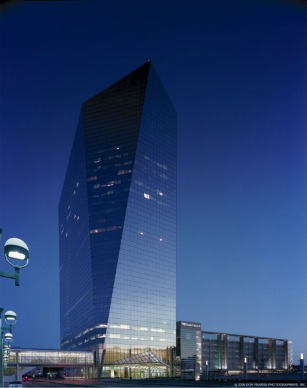